Gus studied his degree in Sports Therapy and graduated from The University of Central Lancashire with a BSc (Hons) in 2009 and has recently completed his Masters Degree in Sports Medicine. Gus is fully insured by the Society of Sports Therapist and a member of the MSST.

Gus originally established himself in private practice in 2009. Gus, Maria and Jonathan have worked together since 2015 to allow our clients to experience the exceptional service that they deserve, and provide inter-clinic learning and development of resources.

Gus is very interested in all things musculoskeletal including the fascia - from its anatomy to its function and pain. He has an interest in the knee and shoulder joints, both of which can impact greatly on function and performance, and along with the lower back have many myths around them.

His other topic of interest is in helping people with performance, since starting out in private practice, he has closely worked with runners and has undergone many sessions and research in this area to help people from injury to performance training. Pain is a big topic for Gus, from understanding it to helping people improve their understanding and their tolerance of it through education and exercise i.e. movement!

Find out more about Gus 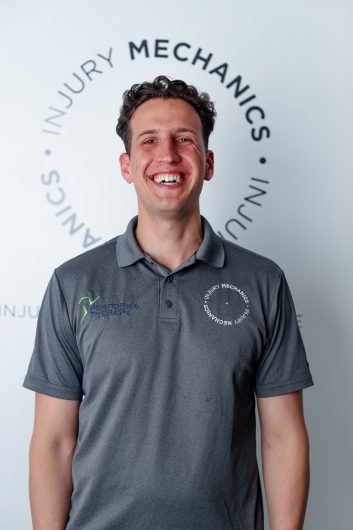